Turn captions on and off
The Making of Starry Night, a Time-Lapse Movie

My aim was to capture the dynamic changes in the sky from the blue of dusk through the gathering darkness until the Milky Way appears. Given the large changes in subject brightness, I selected aperture-priority auto and hoped that combining interval-timer photography with silent photography and exposure smoothing would extend the lower limit of the exposure metering system enough to capture even dim stars. Another key strategy was to enable auto ISO sensitivity control with maximum sensitivity and minimum shutter speed set to values that similarly allow the camera to capture dim stars. Here I chose a maximum sensitivity of ISO 25600 and a minimum shutter speed of 5 seconds.

Filmed and narrated by YAMANO Yasuteru

To date the expressive capacity of time-lapse movies has grown as a result of advances not only in photographic equipment but also in the techniques used for interval timer photography and post-production image processing. Even so, some subjects are still a challenge. This is particularly true of subjects that change drastically in brightness or color after shooting starts, as one cannot confidently choose the appropriate settings in advance.

I have taken up the challenge of filming one such difficult subject to create a time lapse of the sky from dusk to star-filled night.


Filming from Dusk to Starry Night

I tried using the D850’s features to the full to film a gradually darkening sky, starting after sunset and continuing until all the stars were out.

The Milky Way at twilight (left) and at night (right)

The most important decision I had to make in accomplishing my goal was choosing a lens. To reliably capture dim stars toward the end of filming, to guarantee exposures fast enough to be completed in the selected interval, and to hold maximum sensitivity to a level that would produce images of acceptable quality, I needed a lens with a wide maximum aperture.

An exposure time of around five seconds ensures that the stars do not noticeably move during the exposure, while ISO sensitivity cannot be raised too high when one considers the increase in noise associated with high sensitivities. Inevitably this means one needs not only a fast lens but one that performs reliably at maximum aperture, which if angle of view is also taken into account necessitates choosing from lenses with a maximum aperture of f/1.4. In this case I picked a new 28​mm f/1.4 lens praised for its performance.

When it comes to configuring the camera for time-lapse movies, the challenge is how to respond to changes in brightness and color that cannot be predicted at the start of filming.

In this case, I chose an autoexposure mode to ensure that the entire scene, from dusk till when the stars came out at night, could be shot at the correct exposure; to further ensure that I could capture even dim stars once the sky had darkened, I chose aperture-priority auto, which lets the photographer shoot with aperture fixed at the widest setting. In aperture-priority auto, the shutter speed is limited by interval between shots, so if we allow the system to respond by also letting it adjust ISO sensitivity, it can deal with a wider range of brightnesses. In this case I chose an ISO sensitivity of 64, enabled auto ISO sensitivity control, and set the maximum sensitivity to ISO 25600. Although I would really prefer to limit ISO sensitivity to around 6400, in this case I selected a maximum sensitivity of 25600 with the twin goals of testing the D850’s high sensitivity image quality and of determining how dim a star it could capture. With minimum shutter speed set to five seconds, the camera will first increase the exposure time as the subject darkens and then, when the shutter speed reaches five seconds, start increasing ISO sensitivity from 64 until it reaches 25600, enabling the camera to capture dark subjects. 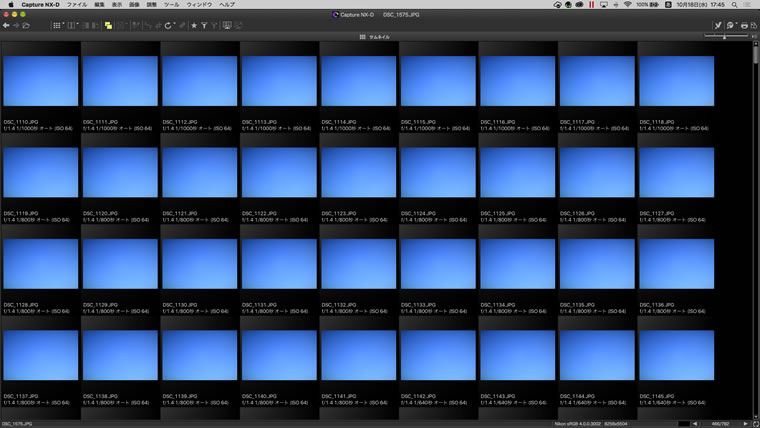 Figure 1: At the start of filming, while the sky is still bright

Figure 2: During filming, as the sky gradually darkens 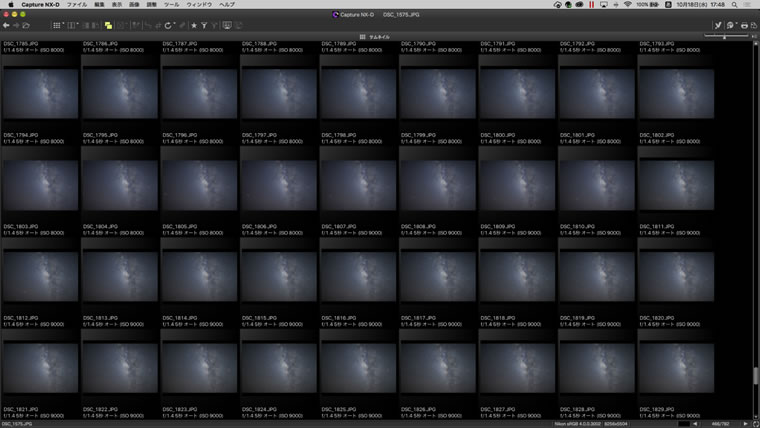 Figure 3: Toward the end of filming, once the sky is dark

Figure 3: With the minimum shutter speed at 5 seconds, auto ISO sensitivity control has kicked in to raise sensitivity to 9000, reliably capturing the night sky.


Finding the Ideal Settings for a Audience-Pleasing Movie

One enjoyable yet challenging facet of making a time-lapse movie is finding the settings that make the various changes in the subject maximally entertaining and beautiful to watch.

When filming the night sky, for example, choosing too long an interval between the individual shots results a time-lapse movie in which the stars flash by at speeds that are unsettling rather than relaxing. Or take color: the colors that look appealing in the sky at dusk are different from those appropriate to the night sky, and there is no settled answer to the question of how to achieve an attractive result. Although the interval can be chosen with confidence before filming begins based on one’s experience of how much time can be sped up while still producing pleasing results, there is no way to predict how other elements, particularly color, will change once filming has started, and the safest thing to do is to optimize the results after shooting using NEF (RAW) processing or the like during the editing stage.

The trick is first to shoot in NEF (RAW), the format that stands up best to editing, with an eye to getting the correct exposure, then fine-tune the results in the NEF (RAW) processing phase, and finally make the movie. In this case, colors were adjusted through repeated trial and error by experimenting with auto white balance and different color temperatures during the NEF (RAW) processing phase, as a result of which I settled on a color temperature of 4170K as the setting at which the Milky Way looked the most impressive as it emerges at the end of the film. At 4170K, the colors in the twilight scene are quite different from those in real life, but I decided to use that setting for the entire film after seeing the dreamlike quality it lent the scene. I have to be grateful for the on-camera batch NEF (RAW) processing feature that makes it so easy to experiment with trial-and-error NEF (RAW) processing, formerly a burdensome task I would have been hesitant to undertake.

What I have presented here is an example of how frames can be shot using the new features of the D850 to best advantage, how on-camera NEF (RAW) processing can be used to good effect, and how the results can be made into a movie using the Photoshop software familiar to so many. One can make many movies from the same NEF (RAW) images by varying NEF (RAW) processing and editing settings to produce different looks.

Some typical ways of changing the look of a time-lapse movie are to speed up, slow down, or vary the motion of the subject; brighten, darken, or vary exposure; or raise, lower, or vary color temperature. Varying settings, particularly mid-way through the film, is a specialization at which the movie-editing or time-lapse software employed during the NEF (RAW) processing or editing stages excels. Those who want greater creative control in making time-lapse movies are encouraged to look into software with these features.

We may have reached the end of our time together, but I’d like to talk about filming one more time. Because this tutorial was intended to present the simplest, most widely-used time-lapse movie techniques, I have discussed only methods that use a single piece of equipment—a tripod—but there exist a number of other devices for filming time-lapse movies, such as dollies that can move the camera during interval-timer photography or rotating tripod heads that can spin the camera. Both devices must be moved very slowly so that the final time-lapse movie will flow at a natural speed. 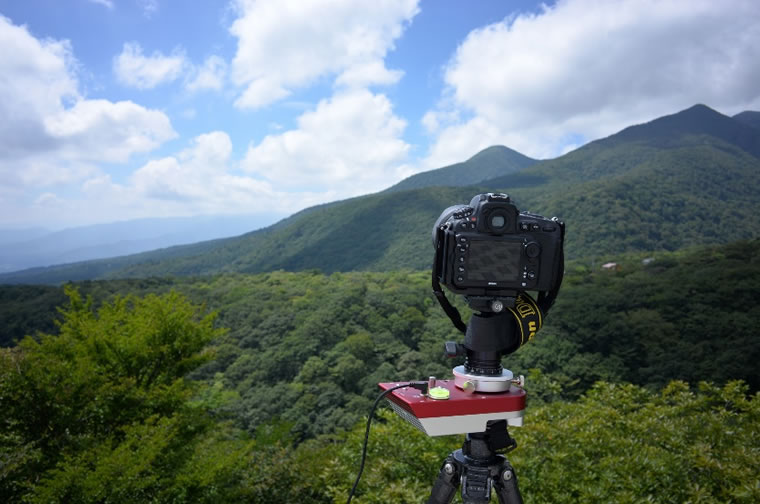 If the frame size is large enough that you have pixels to spare, motion can be added during editing in the form of zooms, pans, or tilts, but to change the viewpoint you have to move the camera during filming. Consequently you will need to decide during the planning stages whether your goals can be met using effects added during editing or if you will need to come up with some way to achieving the effect during filming.

This is naturally premised not only on what effects you can add during editing given your computer, software, and skillset, or on what dollies, rotating tripod heads, and other equipment you have to hand during filming, but also on whether you are able to choose the appropriate settings before filming.

It is easy to get started making enjoyable, high-quality time-lapse movies, but you will also find in them a rich potential equal to the tremendous degree creative freedom they offer. I invite you all to experience the world of time-lapse movie-making.

Photographer and researcher of photographic techniques. Born in 1954 in Kagawa. Has been publishing photos and articles in astronomical journals since the 1970s. Has published many digital photos and articles relating to digital astronomical photography since the year 2000. Member of the Society of Photography and Imaging of Japan (SPIJ).
Functions Used for Time-Lapse Movies 3: New Expressive Possibilities
View detailed information on the settings and procedures used.
More D850 Tips and Tricks
Return to the D850 home page.
Home > Products & Solutions > Imaging Products > Support > Digitutor > D850 > Time-Lapse Movies 3: New Expressive Possibilities