Each Picture Control offers a Quick adjust option that can be used for quick adjustments that apply across the six parameters of Sharpening, Clarity, Contrast, Brightness, Saturation, and Hue. By picking a Picture Control close to the result you wish to achieve and then fine-tuning the individual parameters, you can create photos that are cool and sharp, or warm and fuzzy, or anything in between.

This section will examine the Standard, Vivid, and Portrait Picture Controls and the Clarity parameter.

The Standard Picture Control balances sharpness, contrast, brightness, saturation, and hue. The results are natural and pleasing to most, neither too garish nor too drab. Its versatility makes suited not only to snapshots taken around town but also to such varied subjects as portraits, landscapes, and still lifes. 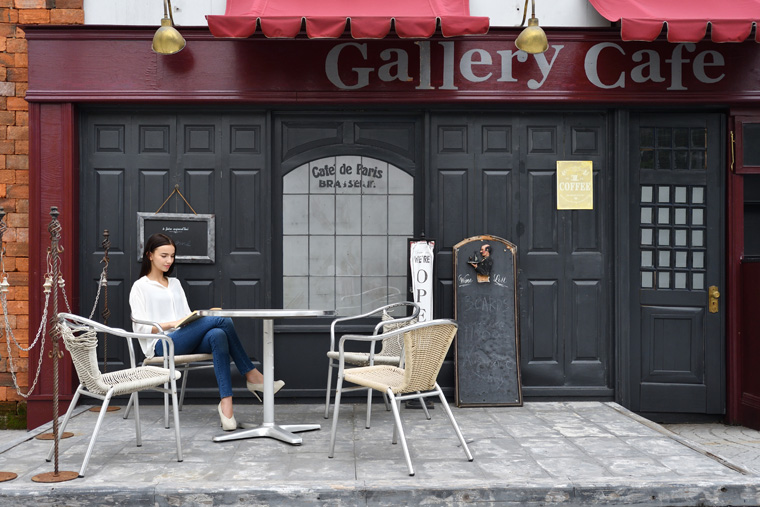 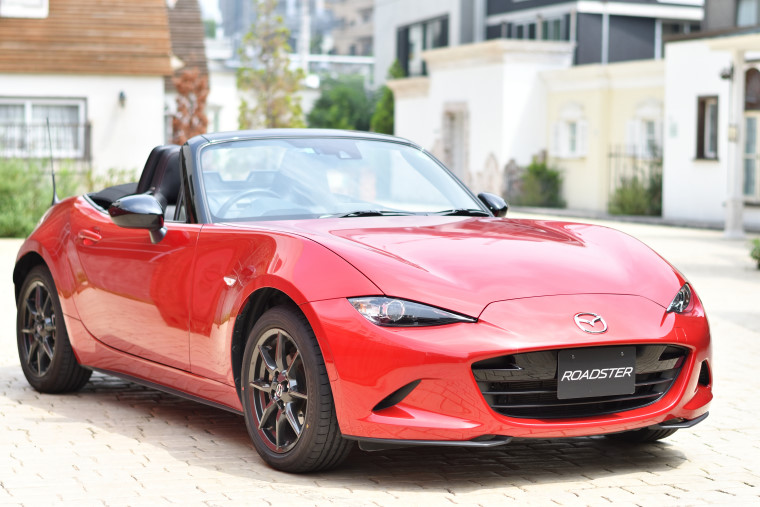 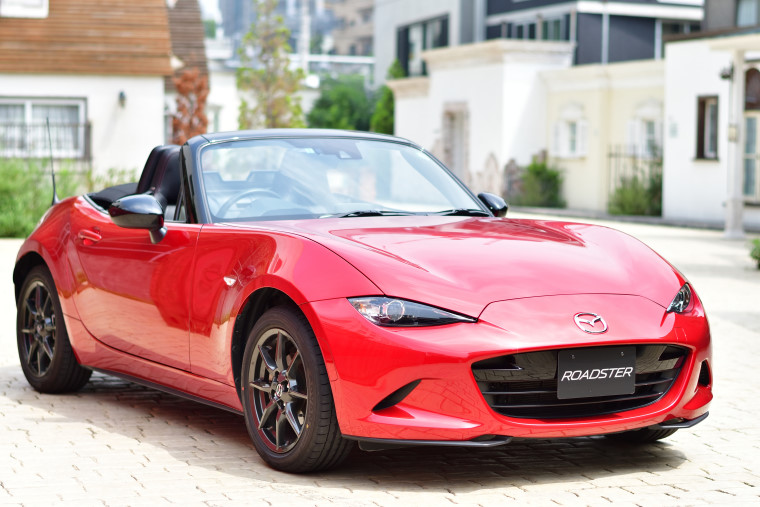 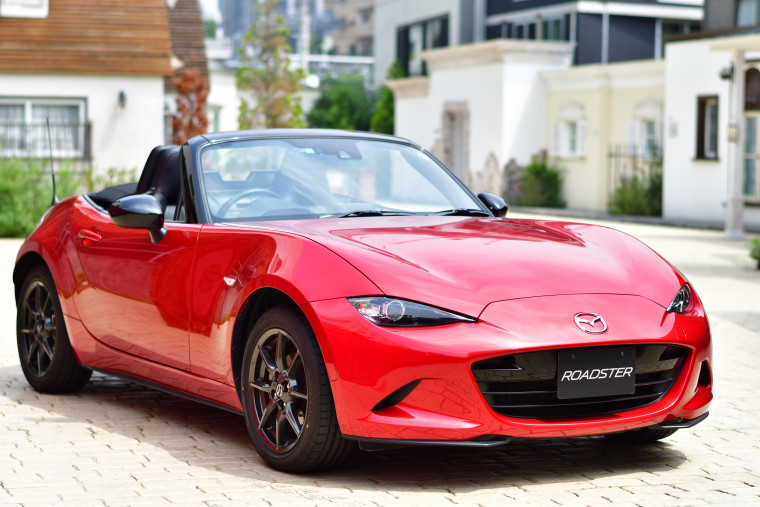 Picture Control: Vivid (Clarity: +2, Saturation: +0.5, exposure compensation: −0.3, Active D-Lighting: Low)
In addition, in the case of metallic subjects like that shown in the sample images, slightly lowering exposure compensation to make the subject slightly darker and setting Active D-Lighting to “Low” to deliberately add contrast as shown in Sample Image 3 produces colors that are sharp, rich, and deep.

The example for the Standard Picture Control uses no exposure compensation and an Active D-Lighting setting of “Normal”, producing a bright, crisp image, but the red color of the car, the all-important central element, looks slightly faded.

Although current trends in photography favor brighter images, good results can be achieved in photos dominated by subjects featuring a hard finish by darkening the image with exposure compensation and using a low Active D-Lighting setting to enhance contrast.

In addition, raising the Clarity Picture Control parameter makes the subject stand out without affecting brightness. In the sample photo, Clarity has been raised to +2 from the Vivid Picture Control’s default of +1 for a crisper image.

Clarity is a handy tool for making images crisper or softer without affecting tones in shadows or highlights. Raise Clarity to make pictures clearer and more distinct or lower it for softer, mellow images.

The Portrait Picture Control enhances skin tones and softens the complexions of portrait subjects for images that are softer overall than those produced by the Standard Picture Control. It is recommended particularly for mellow portraits of such subjects a women and children. 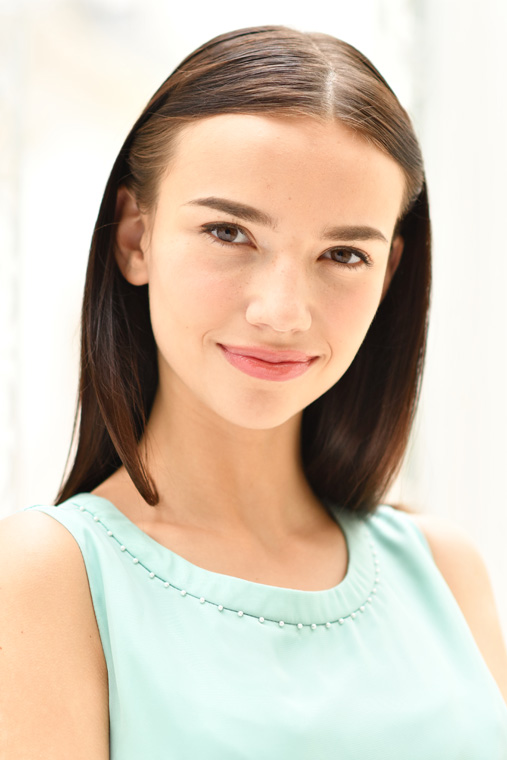 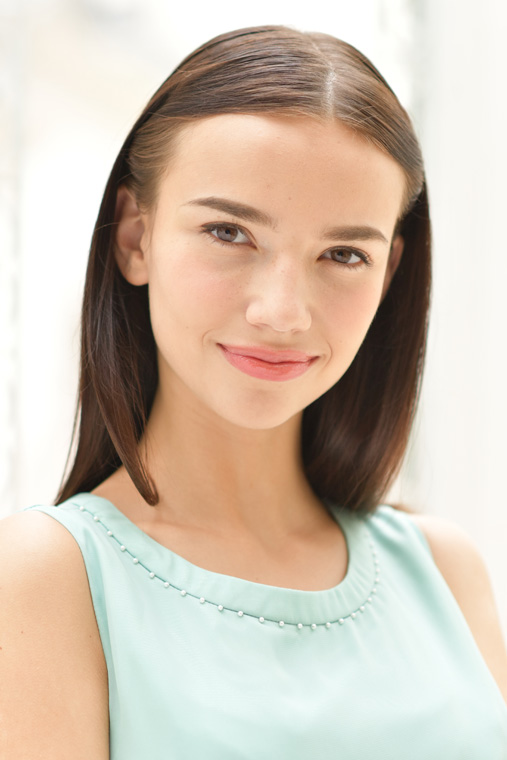 Picture Control: Portrait
While the sharp outlines and clear contrast of photos taken with the Standard Picture Control rivet the viewer’s attention, the results are a little too dramatic for those who want to capture the softness of women’s skin. Choose the Portrait Picture Control for gentle portrayals of women like that shown in the sample image.

For close-ups on a backlit or partially backlit portrait subject, be sure the face is brightly lit to prevent shadows. Exposure can be set slightly higher than normal for brighter, translucent skin. You can also enable Active D-Lighting, as lowering contrast lets you capture the smoothness of women’s skin. 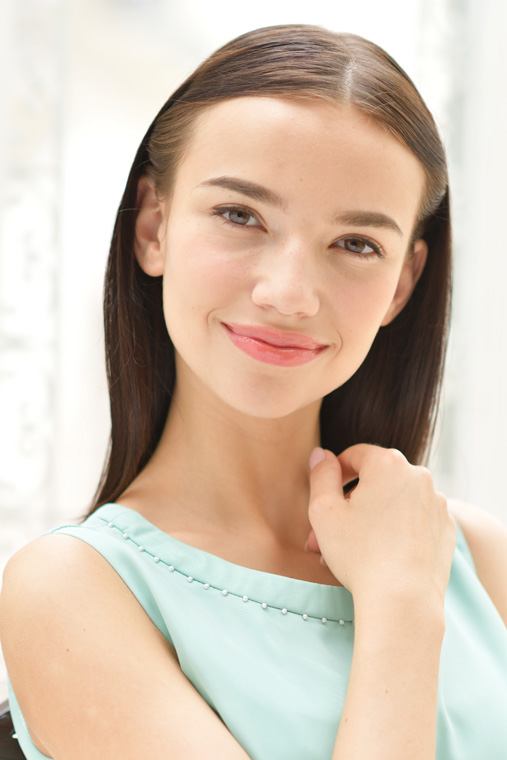 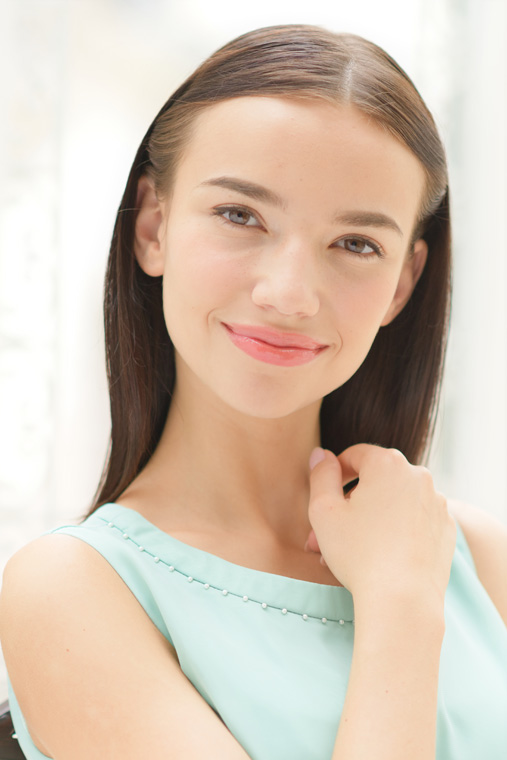 Crisply-defined portraits are all very well in themselves, but for images so soft and mellow that you find yourself wanting to reach out and touch them, you may want to choose the Portrait Picture Control and lower Clarity.

Clarity is a Picture Control Parameter that can be used to sharpen or soften images without loss of detail in bright or dark areas (highlights and shadows, respectively).

Unlike the Sharpness and Contrast parameters, which respectively sharpen or soften outlines and increase or reduce contrast, the handy Clarity parameter makes the image crisper or softer overall with little effect on brightness. 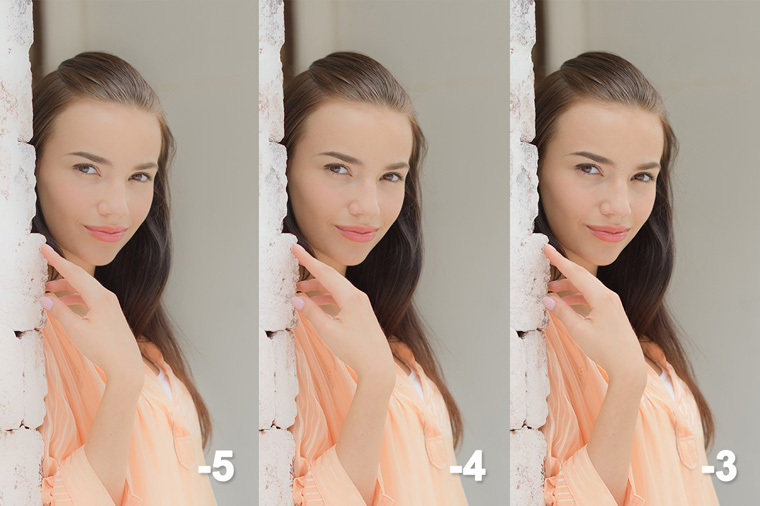 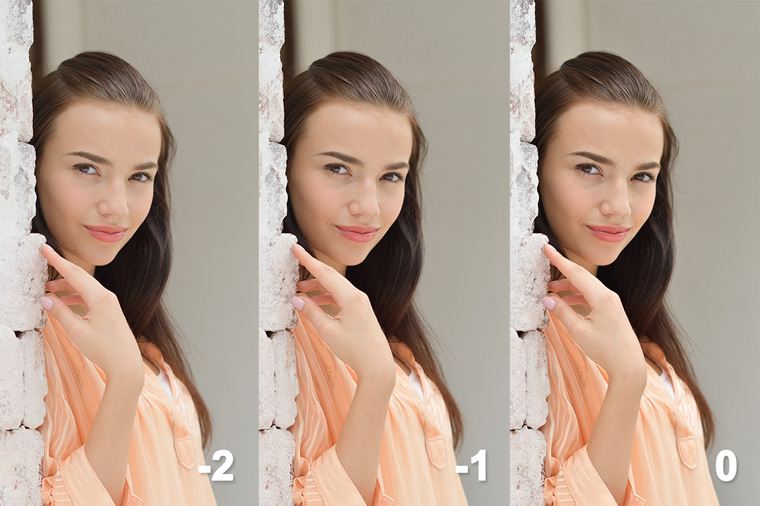 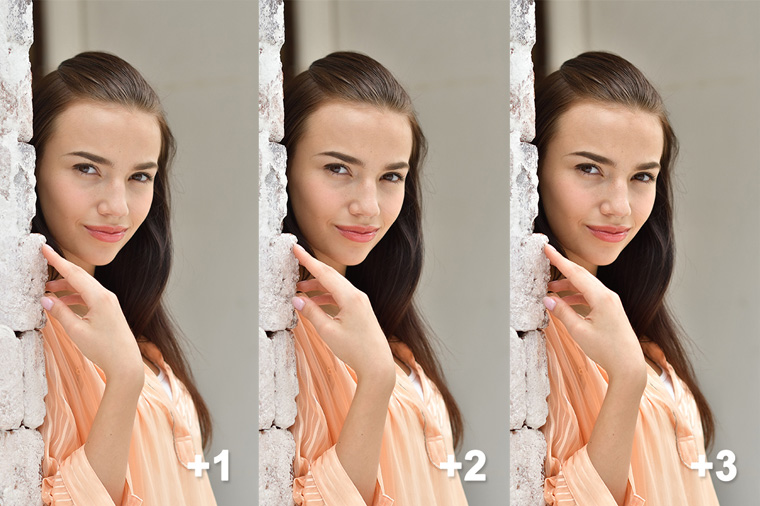 Raising clarity creates a punchier image by making the picture crisper and more distinct. Raise clarity to sharpen shadows in a snapshot or bring out a brightly-colored subject.

Lowering clarity softens and mellows images. Lower clarity for portraits of women or pictures featuring the soft skin or infants or to emphasize the fluffiness of furry animals such as cats and rabbits.

Note, however, that extreme settings can produce unnatural results; if such is not your intent, we recommend values between −3 and +3. 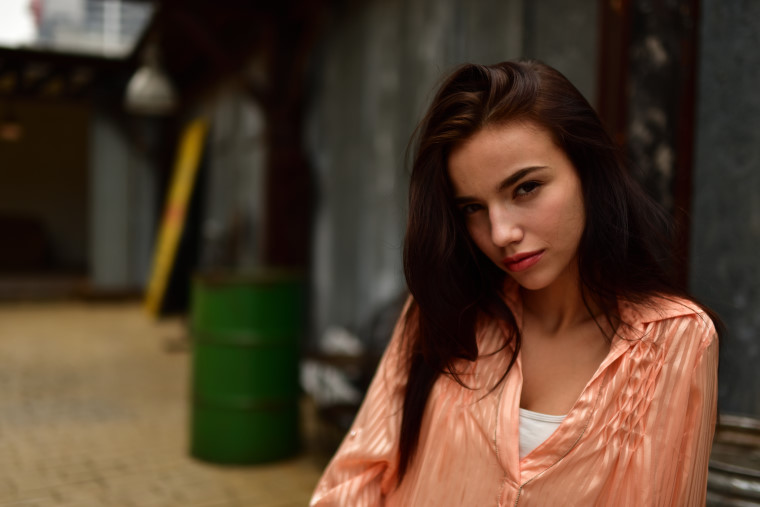 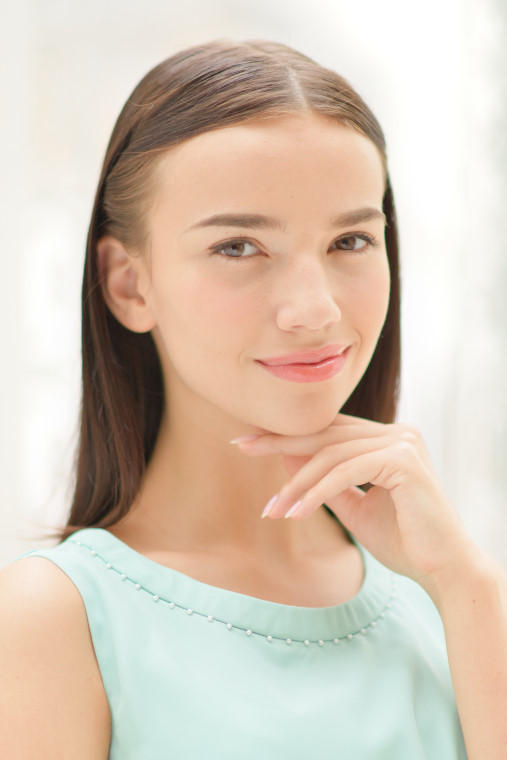