Turn captions on and off
Train Photos: Panning Shots

One technique commonly used for train photos is the “panning shot”, which lend photos a sense of motion by blurring the background while freezing the movement of the train. Basically this technique involves releasing the shutter while moving (panning) the camera in the direction of the train’s motion. 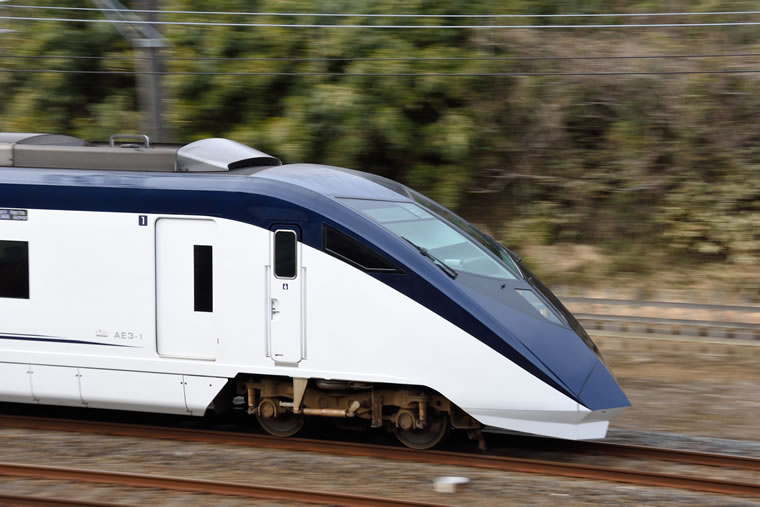 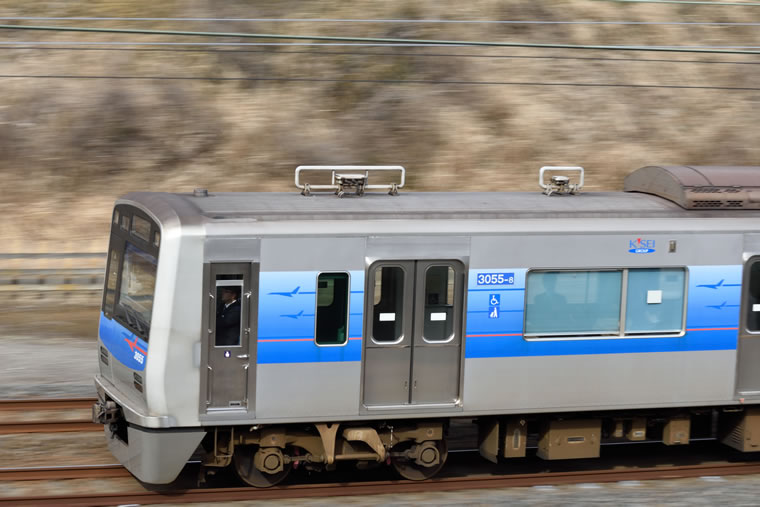 Panning shot 2
For starters, set the camera to mode S (shutter-priority auto) or M (manual) and set shutter speed to 1/250 s or slower, sensitivity to ISO 100, and aperture to f/8. Exposure can be optimized by choosing a higher f-number (from f/11 to f/16) if the subject is bright, or a higher sensitivity if the subject is dark.

Panning shots are focused with the shutter-release button, so choose On for Custom Setting a4 (AF activation).

Set the release mode to CH (continuous high speed) and shoot a burst while panning to keep the camera on the front of the lead car. The slower the shutter speed the greater the background blur, but also the less leeway you’ll have to freeze the train’s motion. Even seasoned photographers will have difficulty freezing the train’s motion at speeds under ¹⁄₆₀ s. If you want slow shutter speeds, try practicing on a line with a lot of trains.

Panning shots are also affected by the speed of the train. Shutter speeds of 1/250 s to 1/500 s will still blur backgrounds in shots of high-speed rail, while in the case of conventional trains good results can be achieved at speeds of about 1/125 s. The effect is easier to achieve if a telephoto lens is used for close-ups on the front of the lead car. If you don’t have a sufficiently long lens on hand, try changing the option selected for Image area in the shooting menu. You’ll find that you can increase the sense of speed just by moving a little closer to the train. 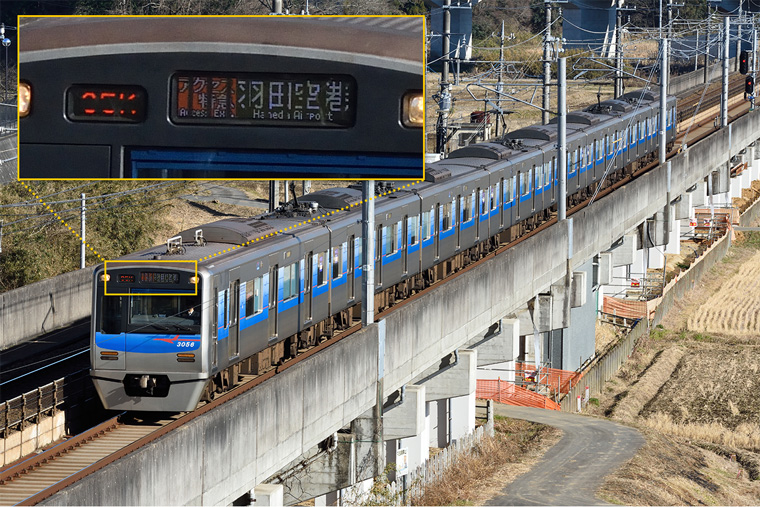 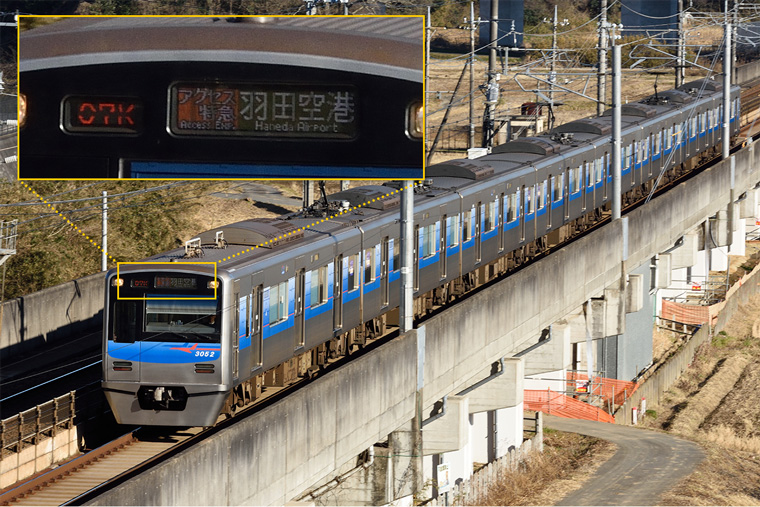 Shutter speed: 1/250 s (panning)
These days most trains have LED displays showing their destination and the type of service. When such displays are photographed at high shutter speeds, parts of the letters may be missing. To capture all the letters in the display, try a panning shot at a slower shutter speed. Note, however, that the optimal shutter speed varies with the type of display: some may be perfectly legible at 1/500 s, while others may require speeds as slow as 1/30 s.

Some basic rules of etiquette for the train photographer:

• Choosing a good location is important, but trespass onto private property is in principle prohibited. Private dwellings and gardens are of course off-limits, but you should also avoid trespassing into farmers’ fields and the like. If you can’t avoid it, be sure to get the landowner’s permission first.

• Although there are many situations in which as a train photographer you will want to use a tripod, try not to put it on private property or where it will interfere with pedestrians, cars, or other traffic. Be sure to ask before setting up tripods in stations and other railway facilities, as their use is frequently forbidden in such settings.

• Other points to remember include never entering onto the track, not only when taking photos but also when moving from one place to another, and not using a flash, as this can interfere with safe operation of the train.

The best shots can only be taken with safety of both the photographer and the rail system in mind.
Functions Used for Capturing Speed (Panning Shots)
View detailed information on the settings and procedures used.
More D850 Tips and Tricks
Return to the D850 home page.
Home > Products & Solutions > Imaging Products > Support > Digitutor > D850 > Capturing Speed (Panning Shots)