Turn captions on and off
Although there is no universally agreed-upon definition of what constitutes “train photos”, they commonly include both trainset photos that capture trains in motion and landscape shots of trackside scenery that capture the changing seasons. This category may also be said to include “train roster” photos cataloging locomotives and rolling stock, silhouettes, panning shots, and artistic shots featuring skillful use of light, not to mention travel photos that, although not of trains per se, feature stations and railcar interiors.

The key to a good trainset photo is to keep it all in the frame while capturing its identifying features. When choosing a time and location, use a map, check the angle of the sun, and choose a relatively unobstructed location and a time at which the train will be front-lit. And don’t forget to consult the time-table too, as the timing will be affected by when the train runs.

You will also need to think about the background. Shots uncluttered by man-made objects (such as buildings, transmission towers, and utility poles and overhead wires that are not part of the railway) are considered desirable unless such details are important to the composition. 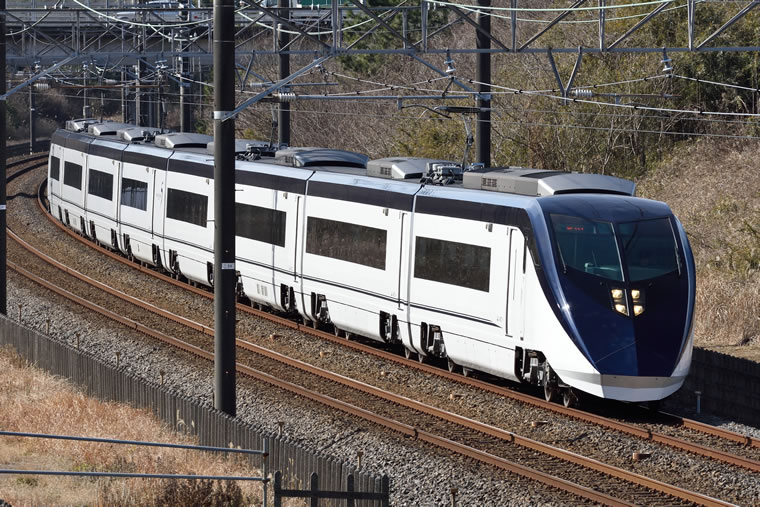 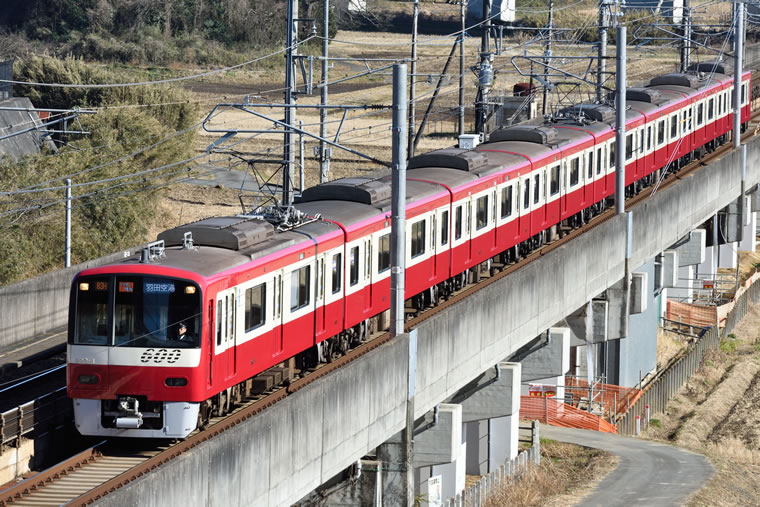 Trainset photo 2
Tight framing is important for trainset photos, so we recommend you use a tripod. Given that you can largely predict the movement of your subject from the placement of the rails, you can focus before settling in to wait for your subject, a “focus and forget” technique that lets you to concentrate on timing. “Focus and forget” generally involves manual focus, but you can also try autofocus or use focus zoom to check focus in live view.

If you intend to use autofocus, there are three custom settings you’ll need to adjust before you shoot:

2. To prevent the camera focusing when the shutter-release button is pressed, select Off for Custom Setting a4 (AF activation).

3. For pin-point accuracy when using “focus and forget”, choose an AF-area mode of single-point or nine-point dynamic-area AF.

After framing the shot, choose a focus area in the vicinity of the rails where the lead car will come and press the AE-L/AF-L button to focus.

Set the release mode to CH (continuous high speed). This can be a very effective against such surprises as a utility pole unexpectedly blocking the front of the lead car or unsightly poles and power lines being reflected in a car window.

Be sure also to set both Custom Setting a1 (AF-C priority selection) and Custom Setting a2 (AF-S priority selection) to Release. Choosing release priority ensures that you won’t lose shots due to the camera failing to release the shutter. For the actual photograph, you’ll want to press the shutter-release button as the lead car passes your pre-selected focus point and keep it pressed for two or three shots.

Next: exposure. To freeze the motion of the passing train, choose mode S (shutter-priority auto). The shutter speed will vary with the speed of the train and your choice of lens, but it should be in the ballpark of 1/1500 s or slower at an aperture of at least f/8. Consequently ISO sensitivity should be set to a value of around ISO 400 on sunny days or ISO 800 on cloudy ones.

Choose auto white balance or a setting that matches the lighting conditions and select the “Standard” Picture Control. Shooting at an NEF (RAW) image quality setting ensures colors can later be fine-tuned to match those of the actual train using NEF (RAW) processing. Lenses with a focal length of from 50 to 200 mm (35 to 130 mm in DX format) are a good choice for trainset photos.


The Joy of Train Photos 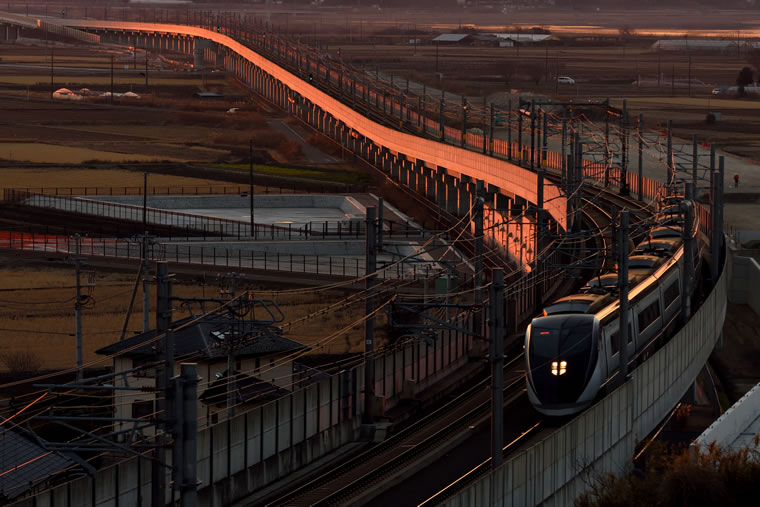 Framing a train against the background 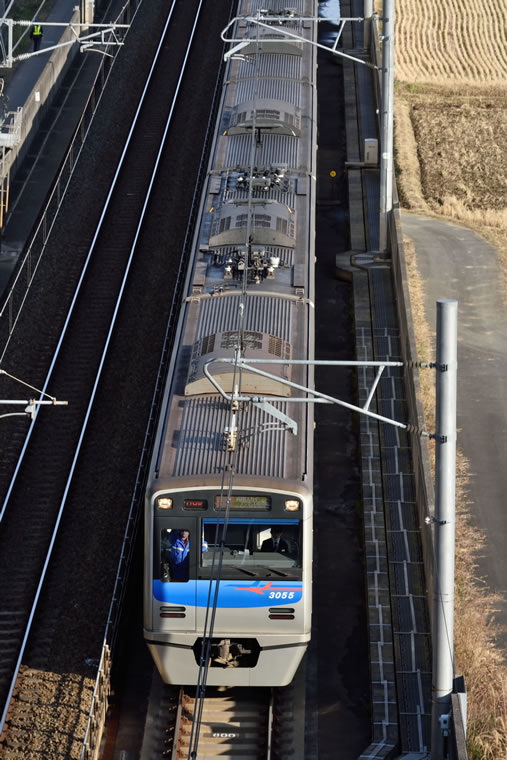 Portrait orientation expresses power
Trains from different regions come in all shapes and sizes, from high-speed rail and steam locomotives through to local and commuter trains. More and more lines offer more than just a means of getting from Point A to Point B, with cars in a rich variety of shapes and colors and interiors that vary from observation to dining and snack cars and everything in between.

In Japan trains traverse landscapes that change with the seasons, enhancing the romance for photographers who enjoy working out angles to perfectly capture different scenes.

The peculiar joy of train photos may also no doubt be found in capturing the power of high-speed trains or the energy of steam locomotives, or in perfectly timing a shot of train that comes only once a day or is on its last trip before retirement.
Functions Used for Train Photos (Basic Camera Settings)
View detailed information on the settings and procedures used.
More D850 Tips and Tricks
Return to the D850 home page.
Home > Products & Solutions > Imaging Products > Support > Digitutor > D850 > Train Photos (Basic Camera Settings)