I photographed airplanes using an AF-S NIKKOR 200-500​mm f/5.6E ED VR zoom lens that covers the super-telephoto range. A notable feature of this lens is that covers focal lengths up to 500 mm and yet is compact and light. On DX-format cameras the effective focal length increases by 1.5× to 750 mm, making it an even better choice for photographing planes. 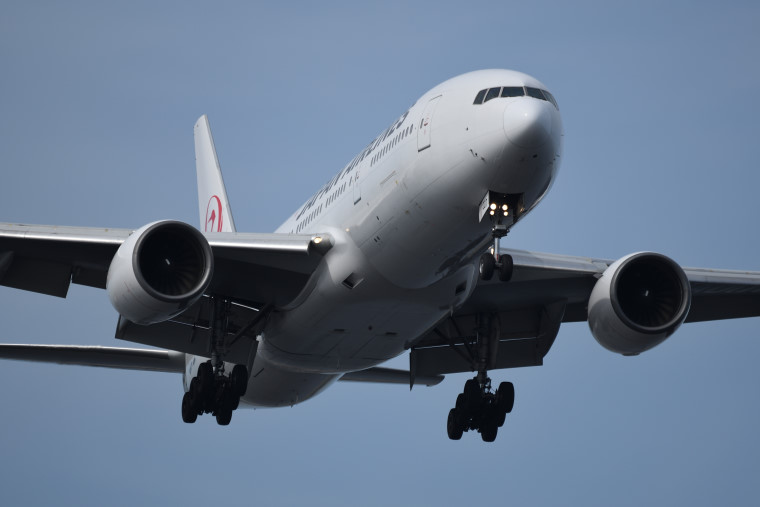 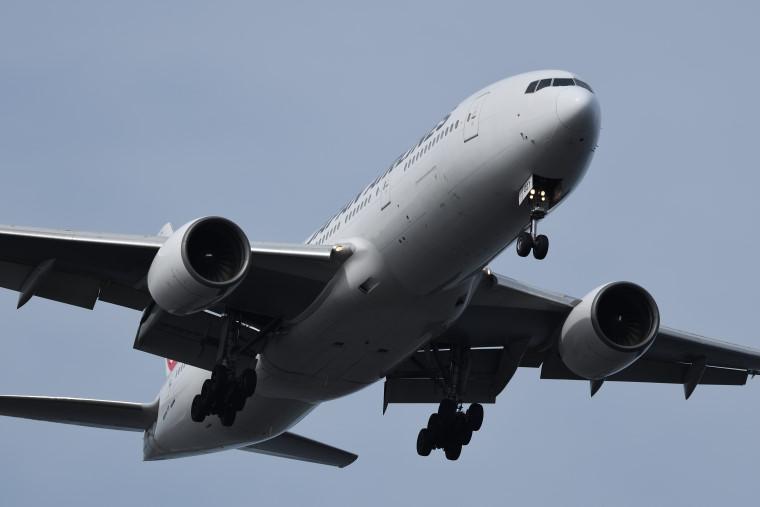 I photographed a distant airplane at 500 mm, switching to 240 mm as it got closer to see how this affected the shape of the aircraft. At 500 mm, the compression effect of the telephoto lens makes the plane seem much more massive. At 240 mm, the compression effect is less noticeable and the plane seems longer. Given that the same telephoto lens can produce different results, choose a focal length according to your artistic intent. 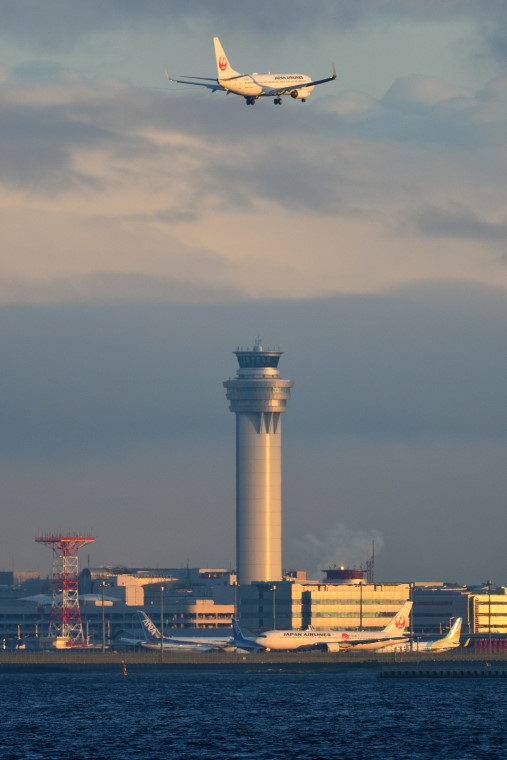 I used group-area AF for a composition that combines the control tower at Haneda Airport with a plane on its approach to runway “B”. I chose the plane as the focus point, and although it is on the edge of the frame, the camera was able to track it. The emotional impact is heightened by the light of the setting sun on the control tower.

Super-telephoto focal lengths make photos harder to frame, so pay attention to keeping the verticals plumb and horizontals level so such elements as the plane and the control tower appear stable. You can also deliberately tilt the shot.


Capturing the Moon and a Plane with Burst Photography 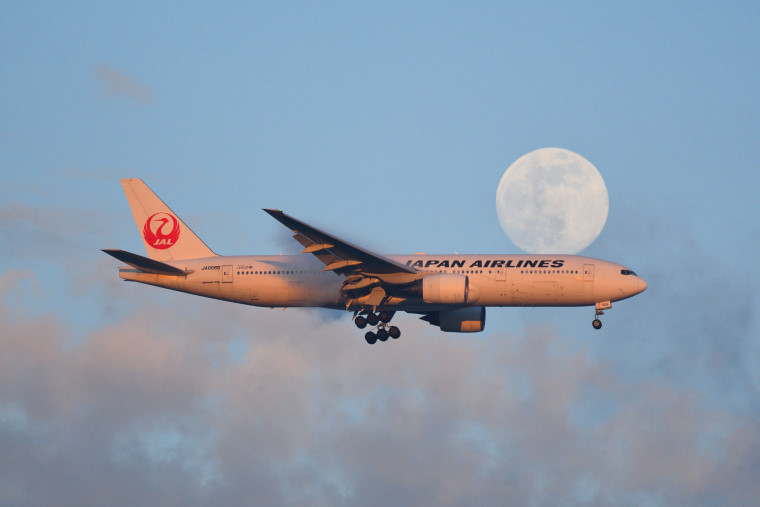 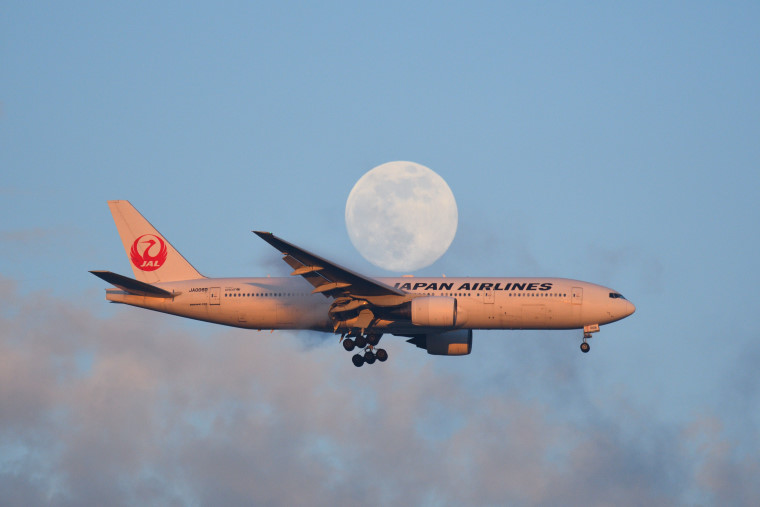 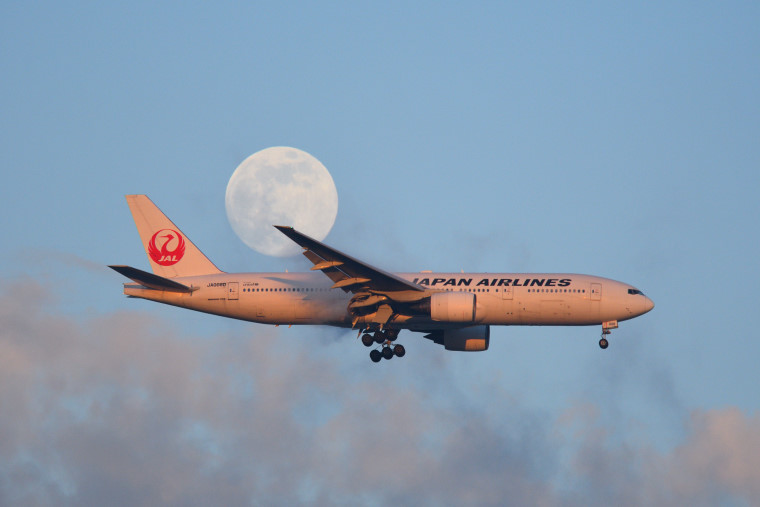 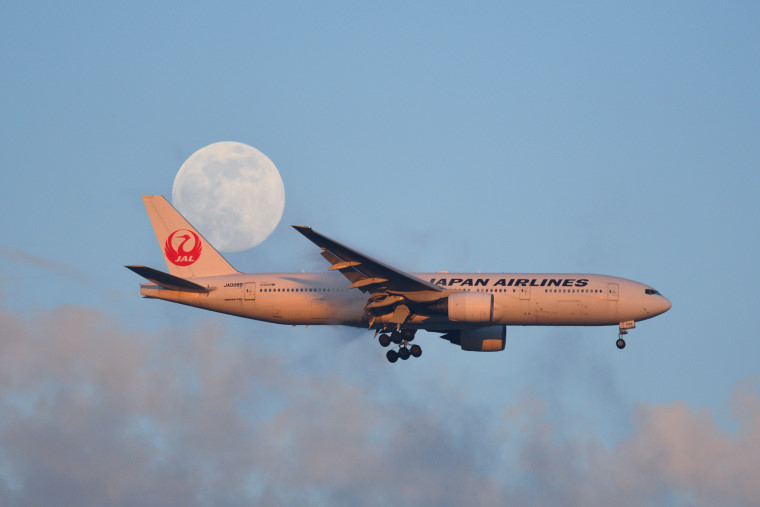 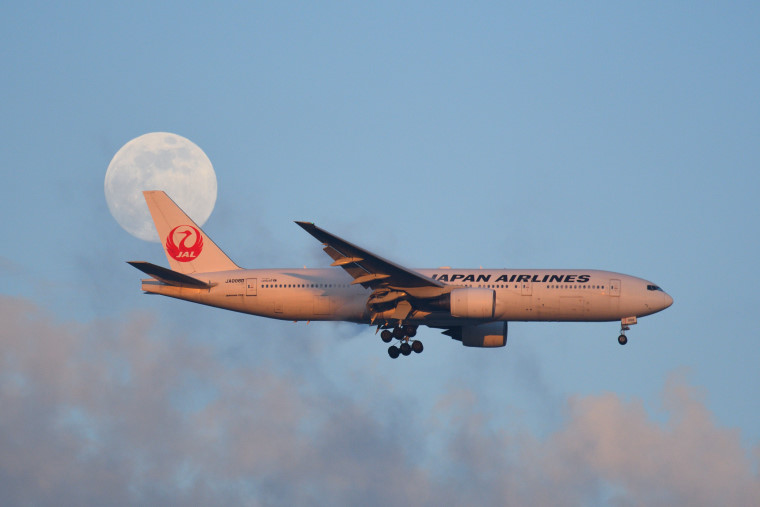 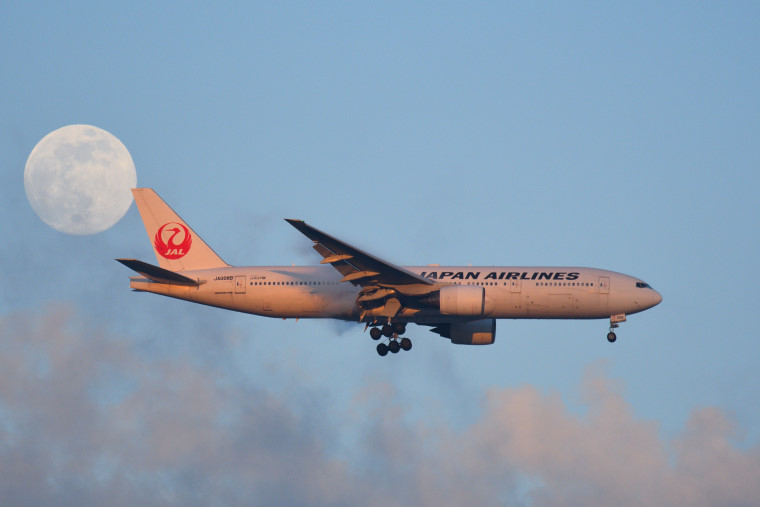 I used the 8-frame burst photography mode to photograph a plane as passed close to the moon on its approach to runway “B” at Haneda Airport. As I wanted to capture both the moon and the plane, I chose a fairly high setting for ISO sensitivity (ISO 1000). The plane is lit by the setting sun with vapor trailing from its wings for an effect that is both moving and dynamic. Precise timing is required to capture both the face of the moon and the details of the aircraft, and camera position is also important. 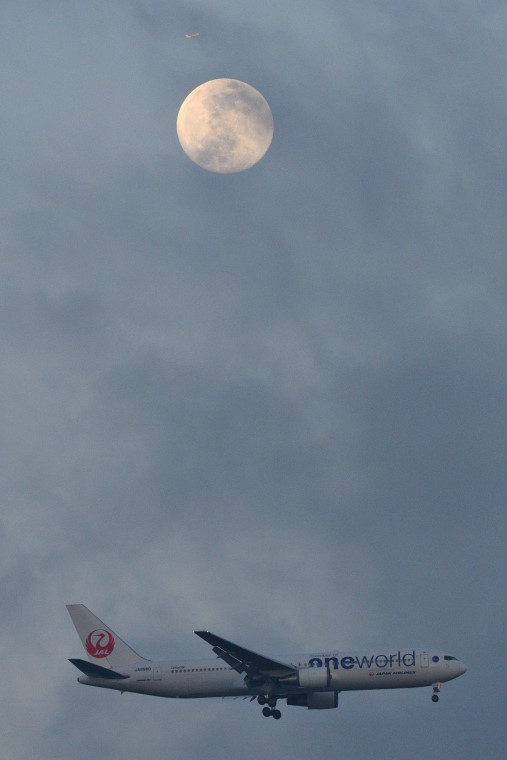 10. A portrait-orientation shot of the moon with a plane 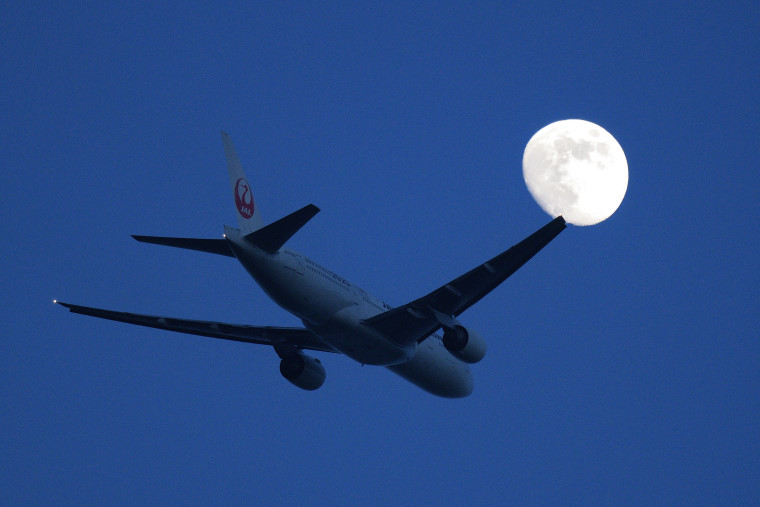 Example 11: I photographed a plane on its closest approach to the moon after taking off from New Chitose Airport. The photo was taken after the sun had set but before it was completely dark, the last moment it would be possible to capture both the face of the moon and the details of the plane. A super-telephoto zoom lens was of great help when looking up to photograph a plane changing shape as it passed by fairly closely overhead. 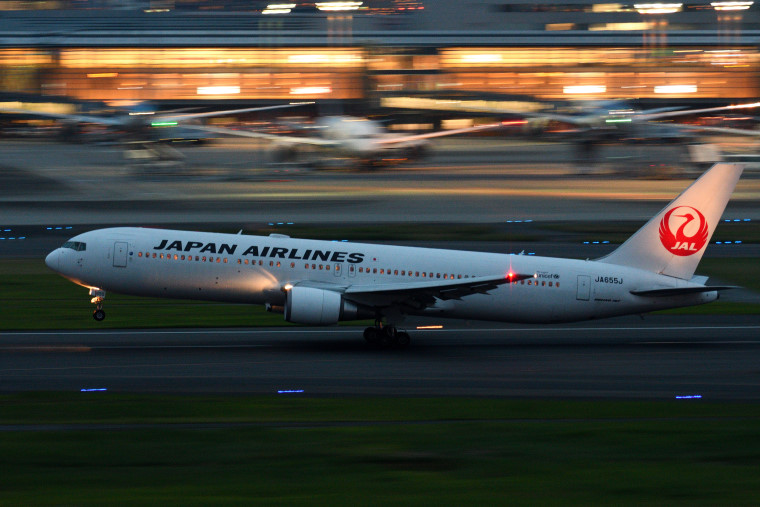 12. A panning shot taken at dusk 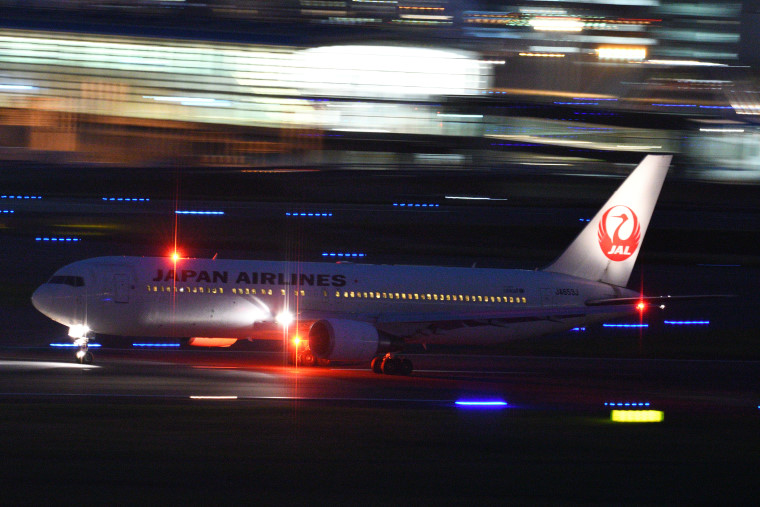 13. A panning shot taken at night

These are panning shots of a plane taking off from runway “A”, taken from the deck of the observatory at Haneda Airport’s Terminal 1. These hand-held shots were taken at slow shutter speeds: ¹⁄₄₀ s for the photo of the plane taking off at dusk and ¹⁄₁₅ s for the night shot. How you stand is important for hand-held panning shots like these. Before shooting, stand facing in the direction the camera will be pointing after the plane has passed and shooting has ended, and then twist your torso to aim the camera for the start of shooting. This allows you to untwist during shooting, letting you shoot without undue effort.

Timing your shot for when the navigation lights are lit adds color for a showy effect, although the timing can vary with the type of aircraft. Flashing lights are often difficult to capture in a single shot, but burst photography can improve your chances. 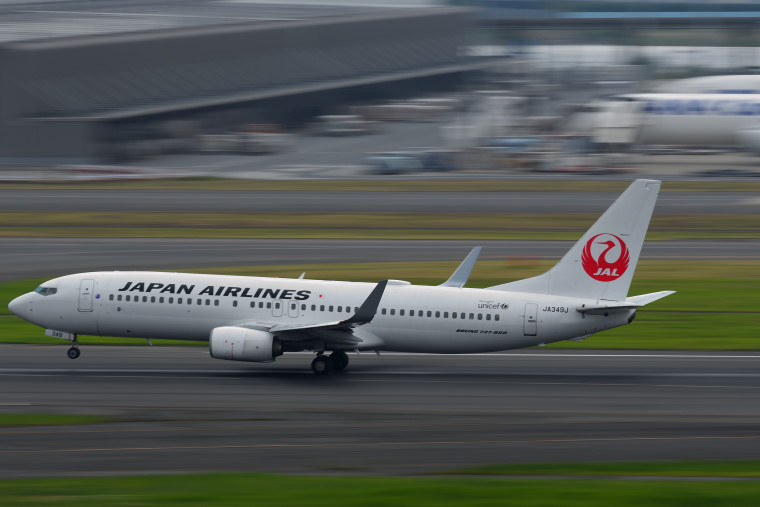 14. A panning shot taken in daylight 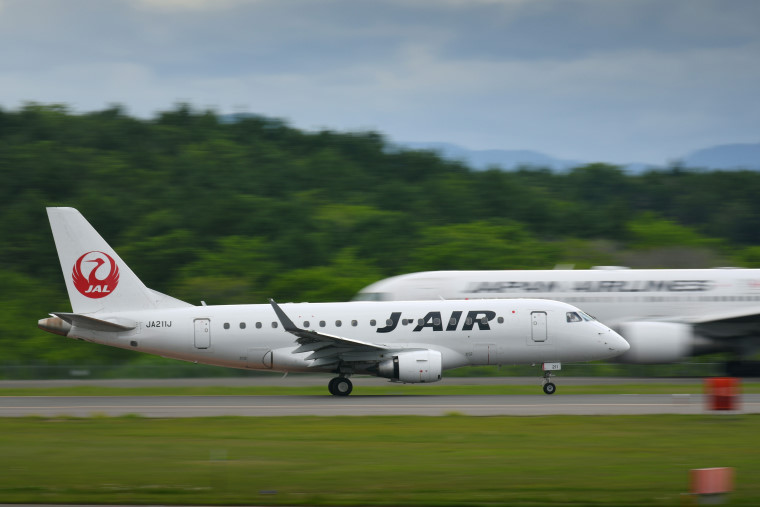 15. A panning shot with opposing motion

For panning shots in daylight, lower ISO sensitivity as much as possible. Choose a setting one EV lower than normal and stop aperture down for the slowest possible shutter speed. Neutral density filters and the like cannot be used, as the photos will be framed in the viewfinder.

If the frame includes airplanes or other objects moving in the opposite direction to the main subject, the opposing motion will help increase blur for a more dynamic shot. 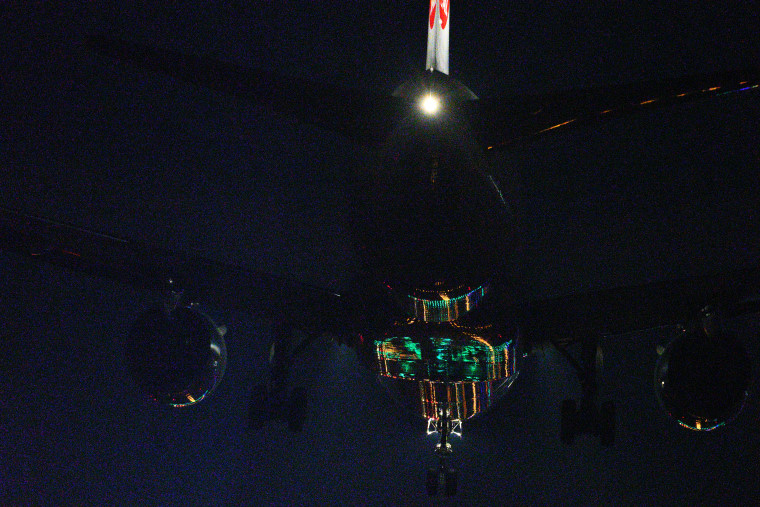 16. A plane landing at night, taken with ultra-high sensitivity 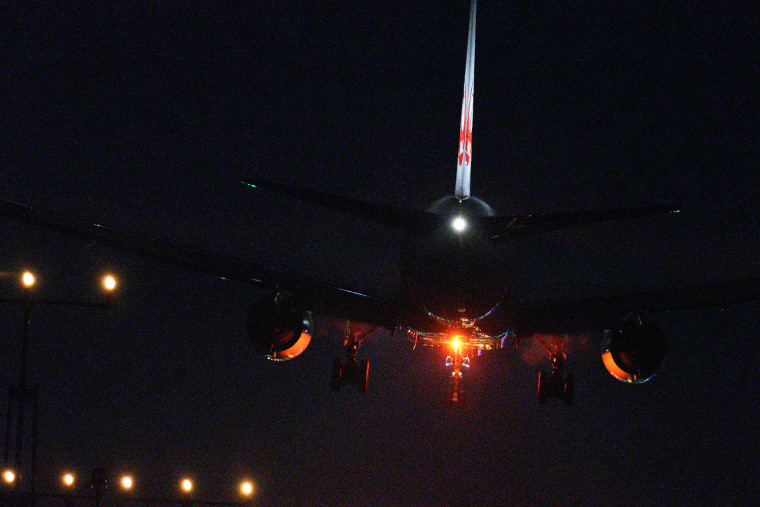 17. A plane landing at night, taken with ultra-high sensitivity

Here are some shots taken from behind a plane landing at New Chitose Airport. Given that I would be photographing the last flights of the day just after they had passed directly overhead in the last moments of their approach, I chose an ISO sensitivity of 51200 to keep shutter speeds as fast as possible. While some high-sensitivity noise is visible, the shots beautifully render the details of the airplane and the reflections of the lights to capture the power and the splendor of the landing. 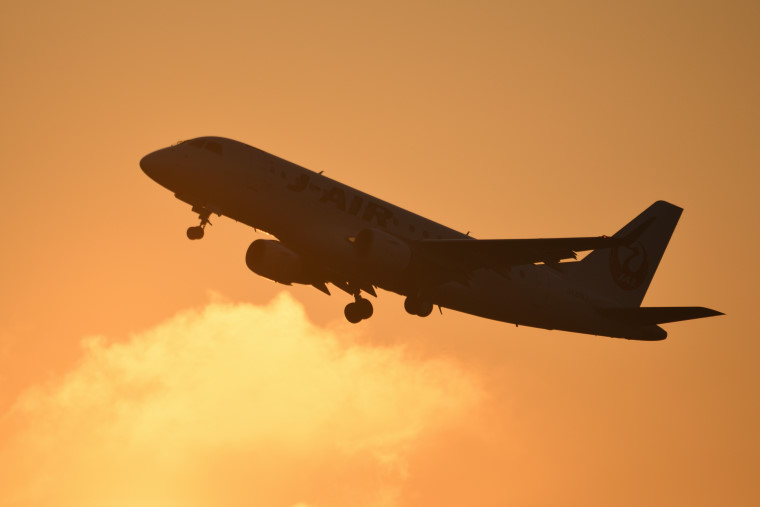 18. A plane taking off against the light of the setting sun 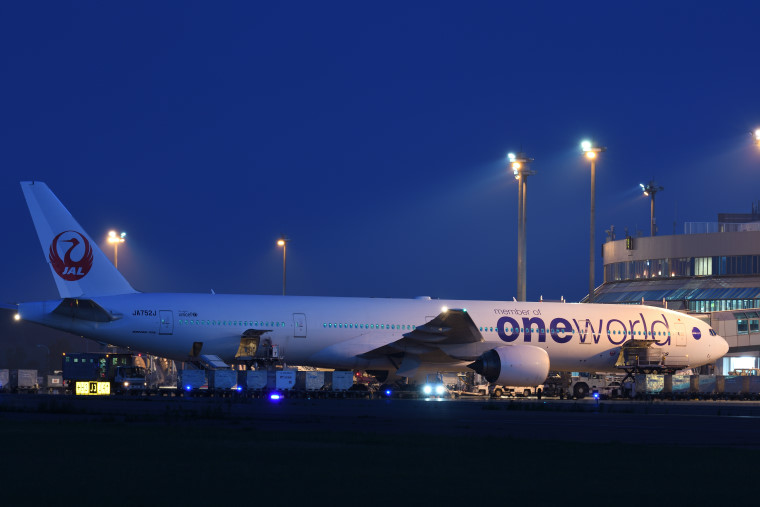 19. A plane photographed at night using a tripod

Example 18: I photographed a plane taking off against the setting sun. The silhouetting of the plane against the light makes this a challenging shot but I was able to capture the details without losing them in shadow.

Example 19: This is a full-length shot of a plane waiting for takeoff, beautifully highlighted by the airport lights. I chose an ISO sensitivity of 100 and mounted my equipment on a tripod. 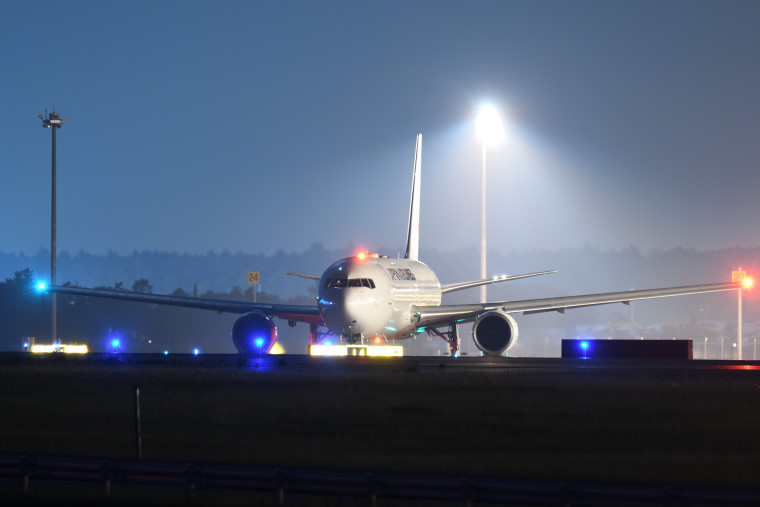 20. A time exposure of a plane at night, taken using a tripod

This 10-second exposure of a plane preparing for takeoff captures all the flashing navigation lights. The aircraft is highlighted by the beautiful glow of the landing lights and the lights on the plane’s body and wingtips.

The AF‑S NIKKOR 200–500​mm f/5.6E ED VR brings you closer to the seemingly exotic world of super high-telephoto photography. Boasting high resolution throughout its entire range, it is nevertheless comparatively compact given its focal length and can be taken into the field at will.